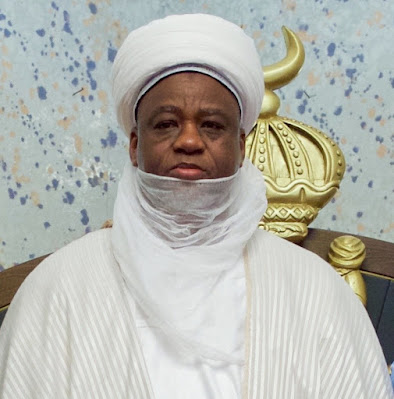 The Sultan of Sokoto and President of the Supreme Council for Islamic Affairs (SCIA), Alhaji Saad Abubakar 111, yesterday, painted a gloomy picture of banditry and general insecurity in the North.

He said bandits went about in the villages with their AK47, with nobody to challenge them, describing northern Nigeria as the worst place to be. Bandits, he lamented, would stop at markets to buy things and even collect change with their weapons, without anyone challenging them.

The Sultan made the startling revelation at the 4th Quarter 2020 meeting of the Nigeria Inter-Religious Council (NIREC) in Abuja. He said insecurity in the North had become so intense that people were afraid to travel short distances. He also revealed that the criminals visited houses to kidnap people.

He added: “We have serious security issues, bandits now walk into houses to kidnap, not on the highway anymore. Of recent, they went to institutions in Zaria and took away people. In the North West in particular, people don’t sleep with their eyes closed; just yesterday, a whole village was razed down in Sokoto; but you don’t hear about it .”

He said the situation had become so bad that residents kept ransom at home in anticipation of visits by bandits. He recalled that some weeks ago, 76 people were killed in Sokoto by bandits in one day, saying most of the stories were not reported because the region lacked strong media presence.

Many people, he argued, thought the North was secure either because the atrocities in the region were under-reported or not reported at all.

“In fact, it is the worst place to be in this country because bandits go about in the villages with their AK47 and nobody talks to them. They stop at the markets and buy things and even collect change with their weapons.”

President of the Christian Association of Nigeria (CAN), Rev Dr. Samson Ayokunle, in his contribution, warned that the rising cost of food items in the market called for concern and urged the Federal Government to take urgent action to address the problem. He also noted that the situation that led to #EndSARS protests, which was police brutality, should be addressed by government.

Secretary to the Government of the Federation, Mr. Boss Mustapha, regretted that Nigeria still faced insecurity, despite government’s efforts. He lamented that the development had impacted negatively on the economy, social life, education of children and young persons, investment and remained a threat to lives and livelihood.

Mustapha urged NIREC to use its traditional and religious capacities to reach Nigerians, especially youths at the grassroots, to ensure cordial and peaceful co-existence.

Budget Presentation Event Will Be Abridged Due To COVID-19 – Senate