Biafran Jews from the destroyed Jewish Synagogue in Obigbo to be executed on Monday  November 28th, 2020 | EASTERN PILOT  In scenes reminisc… 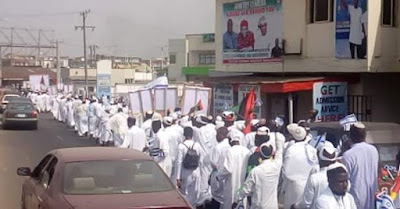 In scenes reminiscent of the transportation of European Jews to Nazi Concentration (Death) Camps for Hitler’s ‘FINAL SOLUTION’ during the holocaust, Gov Nyesom Ezenwo Wike – CON and HQ Nigerian Army without due judicial process abducted and moved 58 #igbojews from #Obigbo to Nigerian Army secret concentration camps in Niger State after the destruction of 6 Synagogues in the latest round of the unending Wike inspired #obigbogenocide.

Our sources within the Nigerian Army has kindly provided us with the names of some, not all, of the #IgboJews taken from #Obigbo and slated for summary execution at 5pm local Nigerian time on Monday, November 30, 2020 at the notorious Kontangora Barracks.

Here are the names the people detained and awaiting execution at various Nigerian military execution camps in Niger State.

They are presently held in four locations, namely:

1.Kontagora (Army Barracks) where the executions will take place on Monday, November 30 at 5pm.

The Statute of the @IntlCrimCourt clearly sets out ICC jurisdiction over crimes against humanity & the crime of aggression, which are exactly what @HQNigerianArmy and Governor Nyesom Ezenwo Wike have been doing in #Obigbo under the command & control of @NGRPresident.

This is enough to trigger ICC jurisdiction.

The Out Going Players For Liverpool and Chelsea