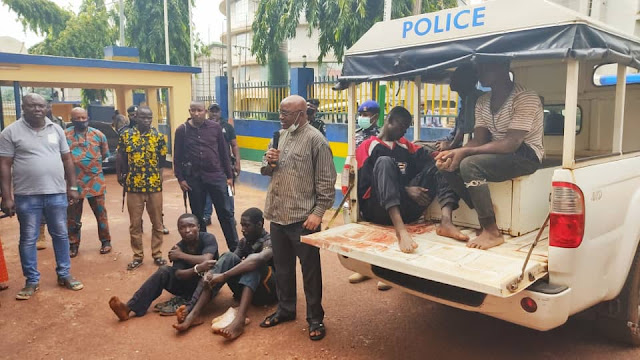 Mr. Uche Achi-Okpagha, Acting Secretary-General and National Publicity Secretary of apex Igbo socio-cultural organisation, Ohanaeze Ndigbo, has wondered why the state Commissioner of Police did not invite the Army, Air Force and other security agents over killer-herdsmen on rampage in the South-East, but did so when members of the Indigenous People of Biafra, IPOB, were holding a peaceful meeting at Emene, Enugu State.

In a statement in Abakaliki, capital of Ebonyi State, Achi-Okpagha wondered why the security agencies will unleash such mayhem on members of a peaceful group.

Okpagha, who is also the National Publicity Secretary of Ohanaeze, called on the Inspector-General of Police to order a full-scale investigation into the incident.

He said: “Ohanaeze has kept a studied silence on the issue. In my personal opinion, I heard the Commissioner of Police, Enugu State, on the radio saying he contacted the Army and the Air Force and I pitied myself and my people.

“Don’t we have rules of engagement in Nigeria again? How can you be unleashing such an extra-maximum force on civilians?

“Note that they were not seen on the road or streets disturbing the peace of the environment.

“How many times has he invited the Army and Air Force to the bushes in Enugu State where our people are killed, maimed, women and daughters raped by killer-herdsmen or bandits as you may have it?

“How many times did he invite them to our farms and villages being pulverised by these miscreants?

“In the peak of the coronavirus pandemic, when truckloads of people from the North were coming into Enugu, did he invite the Army and the Air Force to stop them?

“It were better that he did not make any statement at all. I urge the IGP to order a full-scale investigation into the matter, where, in the guise of maintaining peace, a lot of budding young men were gunned down by the combined security forces.

“What kind of peace was achieved in the whole exercise? Even if they were IPOB members, I have never heard of them attacking anybody in Enugu.

“It is completely unfortunate as it is unfair to unleash such force on civilians who were without guns.

“This is democracy for crying out loud. The duty of the police is to arrest and prosecute not to kill.

“I watched a viral video of the Shi’ites (also said to be proscribed) in Abuja addressing and attacking the person and integrity of the President in the full glare of the Police,” the Ohanaeze scribe added over the attack on IPOB members.

Mbaka reveals reason behind the shut down of his Ministry