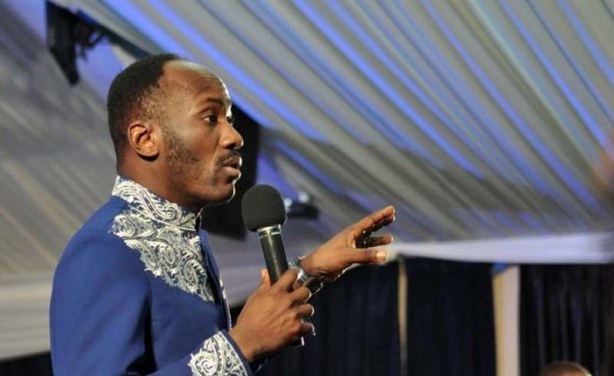 Apostle Johnson Suleman of Omega Fire Ministries has accused the government of failing in its duty of protecting Nigerians.

Suleman said the government was violating a preexisting social contract with Nigerians.

In a tweet, the clergyman noted that the citizenry is not obligated to respect and obey such a government that violates its social contract.

According to Apostle Suleman: “The citizenry owes no patriotism to a brutal/clueless leadership, loyalty is only on the premise of leadership fulfilling its pre-existing social contract in which the state protects the people in exchange for their loyalty, as it stands now, there is a breach of trust.”

His tweet is coming at a time when operatives of the Department of State Services, DSS, attacked members of the Indigenous People of Biafra, IPOB, in Enugu.

The attack had led to the death of some persons.

While the leadership of IPOB had accused DSS of killing its members, the secret police had claimed that the separatist group also killed its members.

Ekweremadu reject SARS, SWAT Tells Buhari What To Do