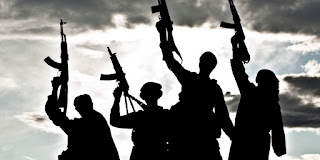 Abuja – Pan-Arewa socio-political organisation under the aegis of the Coalition of Northern Groups have told the President, Major General Muhammadu Buhari (retd), to scrutinise his inner circle, as some power influencers within were allegedly shielding suspected bandits from arrest and prosecution.

While demanding a full-blown investigation into the circumstances surrounding the suspicious release of 18 high-profile bandits, including Abu Dantabawa, from lawful custody in Zamfara, the organisation said some powerful persons were allegedly shielding the identities of individuals sabotaging the prosecution process.

The Spokesperson of CNG, Abul-Azeez Suleiman, at a press briefing in Abuja on Wednesday, said Dantabawa who allegedly plotted to disrupt the House of Representatives by-election was released, “owning to pressure from powerful influencers from the seat of power.”

“We also demand full investigation into the circumstances that led to the suspicion release of Dantabawa and other suspects from lawful custody outside due process. We urge the security agencies to adopt a more inclusive approach in dealing with the remnant of problems that persist in remote communities of Katsina and other places where the storm has calmed.

“We call for the deployment of similar forces in Niger and Nasarawa States that are fast becoming hotbeds of bandit attacks and kidnappings.”