United States President, Donald Trump has called for the postponement of the 2020 election.

On Thursday, the American leader made the call on Twitter.

Trump expressed concern that the election would be fraudulent.

His reason was the controversial universal mail-in voting.

“With Universal Mail-In Voting (not Absentee Voting, which is good), 2020 will be the most INACCURATE & FRAUDULENT Election in history. It will be a great embarrassment to the USA. Delay the Election until people can properly, securely and safely vote???”, he tweeted

The presidential election is scheduled for November. 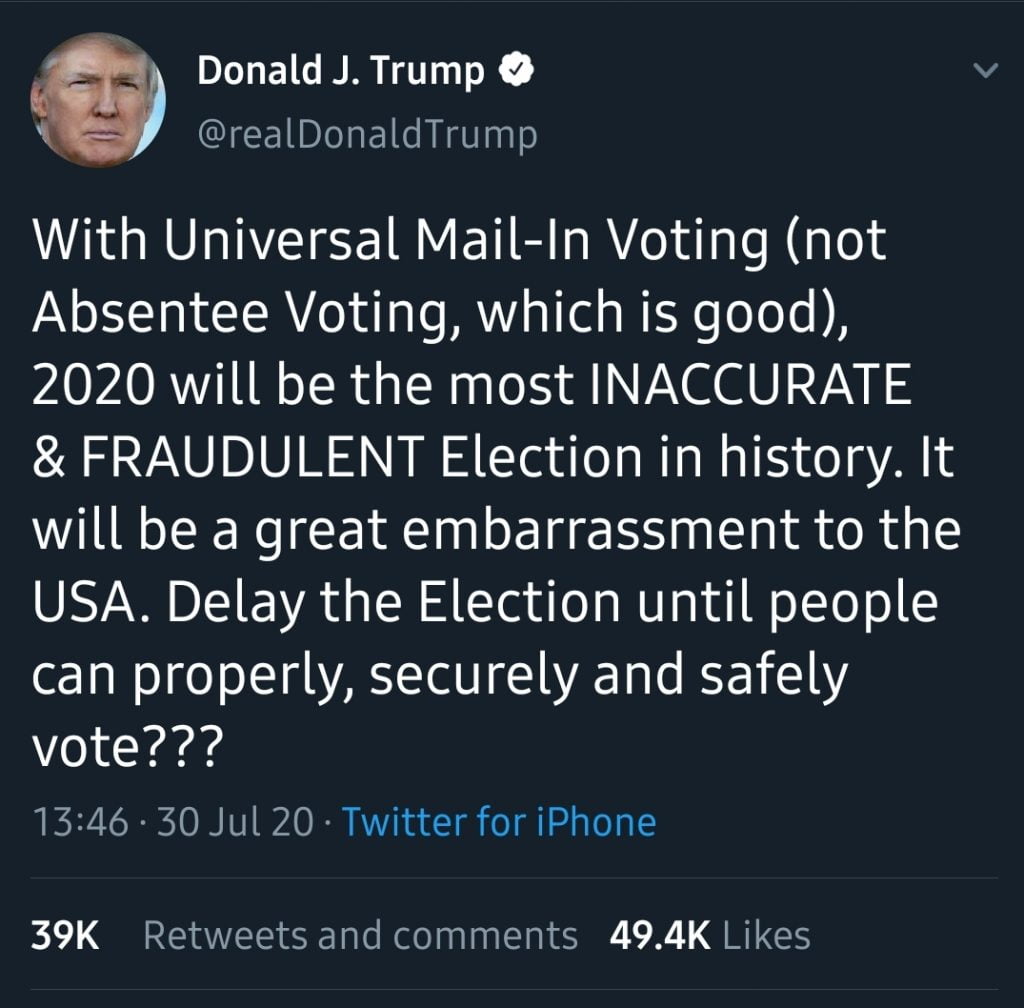 Mr Babajide Sanwo-Olu, Governor of Lagos State, has told the purveyors of fake news to stop causing disaffection among Lagos