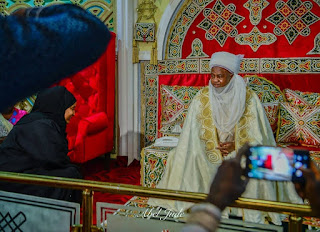 Report By: Maiharaji Altine, In Gusau

The Emir of Anka in Zamfara State, Alhaji Attahiru Ahmad, has appealed to the state government to allow people of the state to carry arms and defend themselves against banditry. Attahiru, who paid a condolence visit to the Emir of Kaura-Namoda, who was attacked by bandits last week said, “Since the bandits refused to surrender, the government should allow everyone to carry weapons for self-defence.”

Recall that the Emir of Kaura-Namoda, Alhaji Sanusi Muhammad, was attacked along the Zaria-Gusau Road on Thursday last week when he was returning to the state from Abuja and eight persons in his convoy were killed.

Resumption Date For Schools Not set Yet, Says State Minister Of Education – VOICE OF THE EAST