September 11, 2020 | EASTERN PILOT A peace summit on southern Kaduna was shunned by key stakeholders in the area on Tuesday, September 8, … 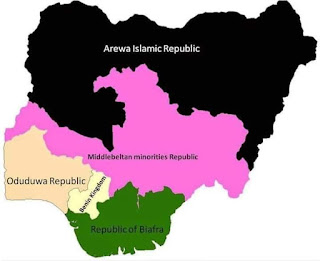 A peace summit on southern Kaduna was shunned by key stakeholders in the area on Tuesday, September 8, 2020. The summit was organised by a group known as ‘friends of Southern Kaduna’ in collaboration with the Nigeria Christian Pilgrims Commission. The stakeholders who shunned the summit expressed concern about the motives of the organisers.

Chairman of SKCLA, Bishop Simon Mutum, said the key stakeholders who had borne the brunt of the crisis in the area only learned of the peace summit a few hours to its commencement. He added that the group was also concerned on why the organisers sidelined SOKAPU and the state chapter of Christian Association of Nigeria (CAN) planning the summit.

“We are deeply concerned about who the ‘Friends of Southern Kaduna’ are and what may be their real motives,” he said. On its part, the Kaduna state chapter of CAN said it did not trust the organisers of the event while SOKAPU asked that it should be rescheduled. Despite the boycott by several groups, the peace summit went on as scheduled in Kafanchan, the headquarters of Jema’a local government area.

Recall that Governor Nasir El-Rufai on Thursday, September 3 received the report of the judicial commission of inquiry into the incessant communal clashes that have claimed several lives in southern Kaduna. The report specifically focused on clashes in Kajuru, Kachia and Chikun local government areas of the state between 2017 and 2019. The report of the commission was received on the same day Governor El-Rufai inaugurated a platform called the ‘House of Kaduna Family.’

According to the governor, the platform is for leaders of faith to dialogue, interact and assume collective responsibility for messages that assist people of faith to live up to the highest ideals of the two main religions as peaceful, law-abiding citizens. Earlier report had it that the Muslim Students’ Society of Nigeria (MSSN), Lagos state area unit, on Tuesday, August 18, urged the authorities to end the killings in Southern Kaduna.

Miftahudeen Thanni, president of the group, called on both the federal government and Kaduna state government to fish out whoever is perpetrating the evil going on in southern Kaduna and to put an end to it.
SOURCE

Biafra: Our mission is to restore the Republic of Biafra no other option