Kanye West has shared a video of himself urinating on a Grammy Award, adding a bizarre twist to his ‘battle’ against labels Universal and Sony over music rights and ownership.

The rapper, 43, shared the clip on Twitter which showed the object of many musicians’ aspirations getting placed in a toilet bowl and apparently urinates on his Grammy Award Statue in the  shocking video

‘Trust me… I WON’T STOP,’ West captioned the clip, which referred to his current bid to gain ownership of his masters – otherwise known as the copyright to his original songs. 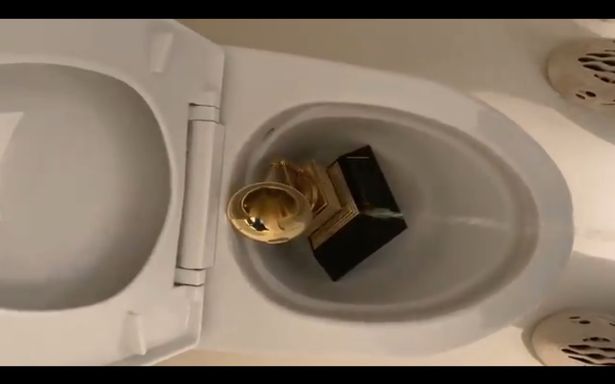 The post, part of a barrage of over a hundred tweets from the rapper, record producer, and fashion designer, set off a twitter storm with the rapper trending for controversial reasons once again.

Over the course of his latest Twitter rant, he violated the micro-blogging site’s terms of use by sharing the personal contact details of a magazine editor he called ‘a white supremacist’.

‘If any of my fans want to call a white supremacist… this is the editor of Forbes,’ West wrote above the phone number of the publication’s editor Randall Lane.

West has repeatedly hit out at the magazine in the past for failing to label him as a ‘billionaire’.

In another tweet, the “Gold Digger” hitmaker joked that his wife, Kim Kardashian, is his lawyer. 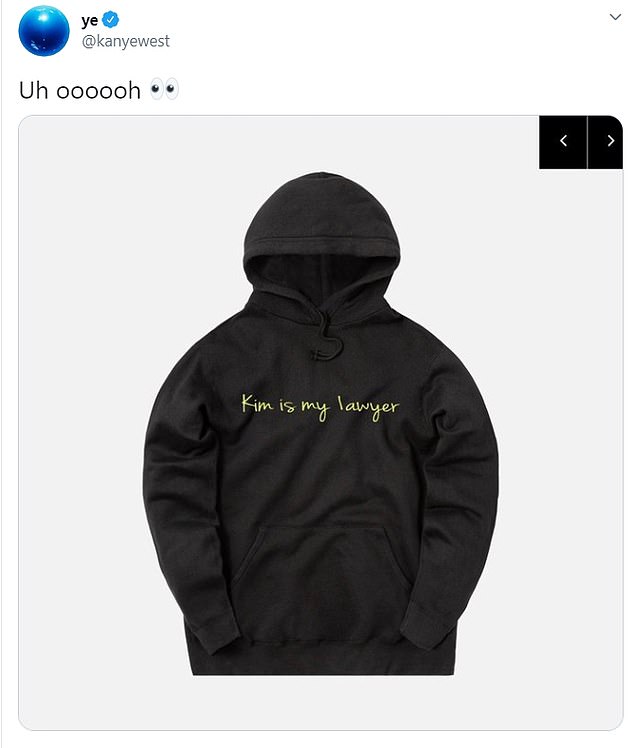 Kardashian-West last year revealed that she was starting a four-year law apprenticeship, however, the reality star has not yet commented on her husband’s latest antics.

Kardashian is taking 24 hours off Facebook and Instagram to protest the spread of ‘hate, propaganda, and misinformation’ on social networks.

Kanye had made a name for himself as a top record producer in the early 2000s before getting global fame with his critically acclaimed debut album ‘The College Dropout”.

He has won 21 Grammys for his efforts making one of the top Grammy award-winners of all time.

Kanye Omari West is an American rapper, record producer, and fashion designer. Born in Atlanta and raised in Chicago, West was first known as a producer for Roc-A-Fella Records in the early 2000s, producing singles for several mainstream artists.