December 08 , 2020 | EASTERN PILOT President Muhammadu Buhari has engineered a desperate and sectional move to hedge out yet another souther… 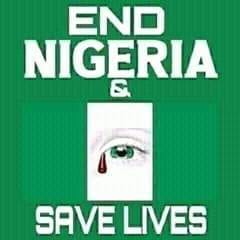 President Muhammadu Buhari has engineered a desperate and sectional move to hedge out yet another southerner from clinching a crucial federal position under his administration, all aimed at elongating the Northern grip on the nation’s security architecture. According to Peoples Gazette, a deep-laid plot to suddenly promote Moses Jitoboh, an Assistant Inspector-General of police from Bayelsa, to a higher rank of Deputy Inspector-General has been uncovered, despite having nine service years remaining and currently not the most-senior AIG from the South-South.

Section Seven of the Nigeria Police Act 2020 (PDF) has positioned Jitoboh, 50, as the only qualified officer to become the next Inspector-General out of all the 24 AIGs currently in the Nigeria Police Force. The presidency-induced promotion scheme, if allowed to stand, will all but guarantee Jitoboh’s elimination from consideration as the next police Inspector-General; while clearing a dubious path for another northerner to take over from Mohammed Adamu.

At least four sources at the Force Headquarters, Police Service Commission and the State House told the newspaper that President Buhari was part of the strategy to forcibly promote Jitoboh to DIG to make his enduring stay in the police untenable beyond February 1, 2021 — when all his DIG peers will retire with Adamu. To advance the plan, a Deputy Inspector-General has summarily retired from service under apparently puzzling but undisclosed circumstances.

Michael Ogbizi, from Cross River, handed in his early retirement filings late November, even though he had barely two months left to properly retire alongside Adamu and other colleagues from the 1986 course. Following Ogbizi’s exit, Adamu swiftly requested for Jitoboh’s annual performance evaluation results (APER) to recommend him for urgent promotion to DIG. Extant police leadership order requires a deputy inspector-general from each of Nigeria’s six geopolitical zones to make up the police management team.

The Peoples Gazette’s findings showed that none of the six DIGs representing the six geopolitical zones in the police management structure is eligible for appointment as IG, having fallen short of the required years of service mandated by law. The police service records showed that two of the DIGs — Celestine Okoye (Southeast) and Lawal Shehu (Northwest) are due for retirement in December 2020, while Aminchi Samaila Baraya (Northeast), Anthony Ogbizi Michael (South-South) and Adeleye Olusola (Southwest) will retire alongside IG Adamu (Northcentral) in February 2021. DIG Sanusi Lemu (Northcentral) is expected to proceed on retirement in January 2023.

The most-recent police staff list (PDF) obtained by the newspaper showed that there are 24 general duty officers in the rank of AIG. Previously, either of the 24 officers could have been appointed as IG by the President. But the new police law signed by Buhari in September 2020 mandated that only an officer with at least four more service years’ grace could be appointed as IG. Twenty-three of the 24 AIGs are up for retirement between January 8, 2021, and March 1, 2023, either based on enlistment or age. Only Jitoboh, the youngest of them all, has more than eight years left in service — twice the legal requirement. Jitoboh’s status should have triggered his preparation to take charge of police affairs from Adamu, a Muslim northerner from Nasarawa, in two months.

But the President and his associates are loath to accept a Christian southerner of Ijaw extraction with the potential to lead the police for nine years — and are now racing to circumvent the law and pave the way for four northern Commissioners of Police to be the only available candidates for the top law enforcement officer. After being handicapped by law from using an unqualified AIG from the North to replace Adamu, Buhari has decided to promote several commissioners to the position of AIG hurriedly. The law requires that an IG can only be appointed from a position no less than AIG, i.e., only a DIG or an AIG could be made an IG. Recent administrations have, however, adopted the convention of appointing IGs from AIGs. Senior ranking officers (DIGs) are summarily sacrificed when a junior colleague is appointed in furtherance of the controversial practice.

Buhari’s associates quickly found an ally in Ogbizi, who agreed to proceed on retirement to create an excuse for promoting Jitoboh to become the new DIG for the South-South. Ogbizi’s sudden decision to initiate his voluntary retirement in late November, when he could have just waited for additional two months when he would be officially due to retire, has continued to unsettle senior police officers from the South. “We are still shocked that he agreed to such a desperate plot to deprive another officer of his region the opportunity of being the next IG,” a police chief told Peoples Gazette under anonymity over the weekend, adding that officers are still seething about the “messy plots.”

Following Ogbizi’s retirement, Adamu on November 26 asked Jitoboh to forward his annual performance results for 2018 and 2019 within a week, according to a memo obtained by the Gazette. The Force Headquarters is now preparing to forward Jitoboh’s records to the Police Service Commission to approve his promotion as DIG. But Jitoboh is not the most-senior AIG from the South-South. Austin Agbonlahor from Edo is scheduled for retirement in August 2021 and should have been the one promoted to replace Ogbizi in the police management team, staff records showed. The newspaper learnt that the President told Ogbizi that he would be made the next chairman of the EFCC if he agreed to go along with the plan.

A PSC source said the presidency had already informed the commission to expedite Jitoboh’s promotion. But the official said the process would be stalled because there was no basis to circumvent the law to prevent the officer from becoming the next IG. Quite frankly, we have no basis for ignoring the law because we want to prevent one man from attaining a position in the police,” a PSC official said. “The fight is currently being fought from within.”  A presidency source confirmed that two meetings had been held over the past week on who would be the next IG, and it was concluded that Jitoboh should be frustrated from getting the position in favour of Galandachi. “I can confirm that Dasuki Galadanchi is the first option of the president to become the next IG,” the presidency source said under anonymity to comment on an internal matter.

President Buhari’s strong stance against the emergence of Jitoboh follows his pattern of nepotistic appointments into top positions, said police reform activist Okechukwu Nwanguma — considering that northerners appointed by Buhari currently fills top military and national security positions. “The president must immediately withdraw from this plot, and the police council should also immediately reject it,” Nwanguma said. “An IG whose loyalty would be to the law and the people rather than to one man that created a path for him to emerge.” Nwanguma described Buhari as a ‘dyed-in-the-wool sectionalist’, calling on him to ensure compliance with the law he signed and allow Jitoboh to be elevated to the top police job.

Despite glaring evidence, the President has frequently denied allegations of being sectional, often citing his appointment of ministers from southern states without noting that it is a constitutional requirement for all states to have at least one minister in the federal cabinet. Yet in 2017, Buhari declined to appoint Walter Onnoghen as the Chief Justice of Nigeria, despite a looming constitutional crisis. But when he fell ill and was flown to London for extended medical treatment, Vice-President Yemi Osinbajo quickly moved to avert the crisis by forwarding Onnoghen’s name to the Senate for confirmation. Barely two years later, Buhari ultimately plotted the inglorious ouster of Mr Onnoghen, a southern Christian, expectedly sourcing his replacement from the North.

In 2018, Buhari oversaw the infamous removal and controversial replacement of Matthew Seiyefa, a former acting Director-General of the State Security Service from Bayelsa. After seeing that the senior positions from which he could appoint the next SSS DG were occupied by southerners, Buhari ignored them to name Yusuf Bichi from Kano, years after he retired from service. Last year, Azuka Azinge was removed from office as registrar-general of the Corporate Affairs Commission (CAC) on allegations of false assets filings. Azinge was subsequently replaced with a Northerner and was never prosecuted to the purported allegations.

Ex-PenCom chief Chinelo Anohu was similarly booted out of the office and her position immediately ceded to the North.
SOURCE