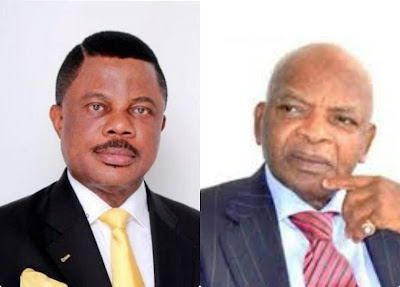 Thirteen traditional rulers from Anambra State had allegedly sought audience with President Buhari in Abuja. Their trip was said to have been facilitated by business mogul, Prince Arthur Eze, who has been having a running battle with Governor Obiano.

A letter announcing the suspension of the 12 traditional rulers for one year, signed by Greg Obi, commissioner for local government, chieftaincy and community affairs, said the action was taken because they travelled outside the state without government’s approval.

The statement said Governor Obiano, in suspending the traditional rulers, was exercising the power conferred on him by Section 10(b) of the Anambra State Traditional Rulers Law 1981.

The state government said the certificates of recognition of the traditional rulers have been withdrawn for a period of one year.

It said the suspension could be lifted, renewed or upgraded depending on government’s review of the conduct of the affected traditional rulers.

“By this sanction, membership of Anambra State Traditional Rulers Council is revoked and furthermore any appointment in other government committees is hereby rescinded.”

Breaking: Schools To Close Until April

The aim of structuring Of Colonial Nigeria: The Religion and Economic Power Play