September 10, 2020 | EASTERN PILOT Written By: Ochereome Nnanna This is not an effort to join issues with Dr. Chidi Amuta’s provocative ar… 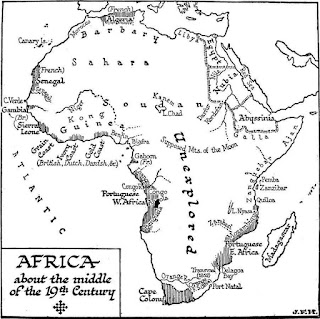 These two intellectual mandarins offered their valuable perspectives on how a Nigerian president from the Igbo stock is or should be achievable in 2023, provided certain terms and conditions are met. I used to yearn for an Igbo to emerge as president of Nigeria. In 1982 when the concept of zoning was perfected in the defunct National Party of Nigeria, NPN, it was agreed that the presidency would be zoned to the South in 1987. President Shehu Shagari had adopted his Vice President, Dr. Alex Ekwueme, for a second term.

When the ticket was reelected in 1983, it was almost inescapable that Ekwueme would replace Shagari in 1987. For me as a university student and a child who witnessed the Biafra-Nigeria Civil War, I felt that an Igbo as president of Nigeria would help heal the wounds of the war, perfect national integration, and set the country on the path to a glorious future.

Unfortunately, Major General Muhammadu Buhari led a coup that terminated that dream on January 1, 1984. His junta reversed the NPN’s Igbo integration efforts. It is still widely believed in some circles that the coup was staged by ambitious Northern officers to ensure that the Igbo, whose sons supposedly killed some Northern leaders in 1966 and plunged the nation into a civil war, did not rule Nigeria just 17 years after the war. Buhari ran exactly the same brand of ultra-North, anti-Igbo government as he is doing today. What makes those still huffing for “Igbo president” think that this same Buhari who is perceived to be pursuing the archaic Caliphate agenda, will fertilise the ground for an “Igbo president” in 2023?

In 1998/1999, I not only hoped for an Igbo to become president of Nigeria, but I was also part of the Igbo political interest group, People’s National Forum, PNF, which worked towards Dr. Ekwueme’s emergence. After the June 12, 1993 election was annulled and General Sani Abacha set up the National Political Conference in Abuja between January 1994 and October 1, 1996, Ekwueme played roles that made many Nigerians look up to him as the next logical president after General Abacha’s handover. Pursuing the old NPN agenda at the Conference, Ekwueme fronted the debates that converged national consensus around the creation of more states (Ebonyi, Ekiti, Gombe, Nasarawa, Bayelsa, and Zamfara), approval of the informal six geopolitical zones (South East, South-South, South West, North Central, North East, and North West) and the rotation/zoning of the presidency between the North and South.

The Northern delegates had fanatically fought “rotational presidency” and zoning, using their numerical strength to defeat the vote. But General Abacha and the Provisional Ruling Council, PRC, approved this policy because of the need to ensure that no part of the country monopolised leadership thenceforth. It was also at the Conference that important elements of the 1999 Constitution, such as the Federal Character principle (which Buhari has jettisoned) and the 13 per cent Derivation for oil-producing states, were approved, all in efforts to bring disenchanted Nigerians back on board.

After the conference, Ekwueme also led the All Politicians’ summit in Lagos which eventually gave Abacha’s military government the October 1, 1998 quit notice. When Abacha suddenly died on June 8, 1998, while persecuting leaders of the summit, Ekwueme led the efforts that culminated in the formation of the Peoples Democratic Party, PDP, through the late Chief Bola Ige later led some South West elements to pull out and form the defunct pro-June 12 Alliance for Democracy, AD. Ekwueme was in pole position to emerge Nigeria’s elected president in 1998. I worked for it, believing that only those who fought the military would give us a new beginning; democratic governance devoid of military mentality and culture.

Unfortunately, the military executed another “coup” aimed at stopping Ekwueme and “Igbo presidency”. The General Abdulsalami Abubakar junta which replaced Abacha, rallied the Northern political class to forfeit their presidential ambitions and support a South Western candidate for president. They suddenly realised the need to assuage the South West for annulling Chief MKO Abiola’s June 12, 1993, presidential election. The South West was given a virtual red carpet. Contrary to Chidi Amuta’s recommendations that Igbo should go and beg or “negotiate” with other Nigerians (which some political jobbers are pussyfooting for) nobody asked them to negotiate.

The Alliance for Democracy, AD, which failed to meet the Dr. Abel Guobadia-led Independent National Electoral Commission’s registration criteria was registered, while the United Progressives Grand Alliance, UPGA, which was later renamed All Progressives Grand Alliance, APGA, which was being touted as an “Igbo party”, was denied registration. The military, supported by Northern leaders, brought out General Olusegun Obasanjo from Jimeta Prisons. Abacha had jailed Obasanjo for alleged complicity in the 1995 coup plot. Obasanjo was supposed to be the June 12 election annullers’ compensation to the South West over what they did to Abiola, yet the South West was not allowed to produce Chief Olu Falae whom they chose as the befitting substitute for Abiola.

Biafra: I See Biafra Coming But Biafrans Should Fast and Pray For Nnamdi Kanu – Ghanaian Prophet

VGMA Artiste of the Year, Kuami Eugene has made a grand entry at the launch of Adonko Next Level Energy

#BBNaija: Ozo get an emotional hug from his mother as they reunite after his eviction (Video)

BBNaija: “I want Dorathy to win because I resonate with her story” – Trikytee