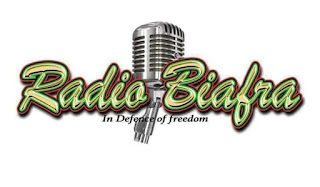 Nigeria’s president, Muhammadu Buhari has approved N654 million to combat illegal radio transmission across the South-East, with his administration declaring such practices as a major threat to national security.

The fund was released to procure and deploy a hybrid spectrum monitoring system that will cover the southern part of the country, most importantly the South-East.

The communications minister informed the press that 106 of 320 frequencies were uncovered as illegal through an investigation that was conducted across the Northeast, Northwest, North-Central, Southwest and South-South.

Attorney-General Abubakar Malami recommended prosecution of all illegal frequency operators, describing the practice as too rampant and dangerous.

“This is very worrisome because the usage of this illegal spectrum or frequencies will compromise our security and safety in the country,” the minister said.

“It is because of the agenda of President Muhammadu Buhari on promoting security that we came up with this initiative of monitoring the usage of frequencies and uncovering the legal and the illegal ones,” he said.

Radio Biafra, managed by IPOB leader Nnamdi Kanu, is one of the most popular stations in the south east region of the country.

Biafra: My Second Agenda Is To Liberate Biafra If Iam Elected – Trump