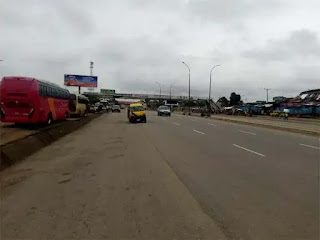 The Indigenous People of Biafra, IPOB, Thursday, said that the sit at home order it issued was successful across states. The group equally seized the opportunity to give reason for the sit at home order. In a statement signed by Emma Powerful, the groups Media and Publicity, Nnamdi Kanu, IPOB leader said: “Today’s Sit at home order issued by the global movement of the Indigenous People of Biafra (IPOB) on 1st of October 2020 is totally successful in so many states and cities in Biafraland.

“All states in Biafraland complied on the order, Abia State, Rivers state, Ebonyi state, Anambra State, Imo state Delta state and other states in Biafraland. “The compliance of this order is to showcase our readiness for the speedy coming of Biafra freedom and independence.

“There are empty markets, roads, no vehicles on the road of Biafra and Biafrans all over the world are on the streets of their respective countries where they find themselves with our brethren from Oduduwa nation.

“We thank our people in South Africa, USA, Canada, Britain, France, Japan, Germany, Indonesia, Australia and other countries of the world for their resoluteness and declared to the world over that we are no longer interested in Nigeria. The whole world must understand that IPOB cannot go back to Nigeria. “This is our joint outing with Oduduwa nation across the globe therefore everybody must understand and be sure that the disintegration of this British bondage called Nigeria will be dissolve in peace.” 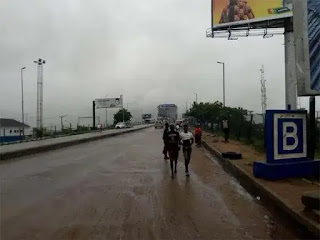 Biafra: Killers of 2 Herdsmen in Rivers are not IPOB members – Police report

We have shared N6 billion to poor households – FG

Gov. Ikpeazu Pleads With Parents To Advise Their Children From Destroying Infrastructures In The State – VOICE OF THE EAST

There Are No Unshared Palliatives In The State. The Remaining Ones Are… – VOICE OF THE EAST