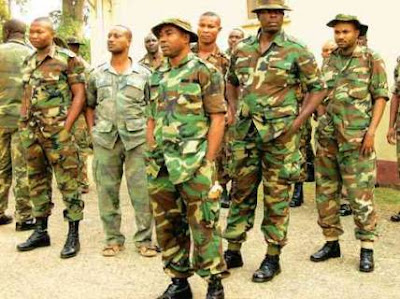 Residents of Obigbo communities in Obigbo Council Area of Rivers State, yesterday, deserted their homes for fear of reprisal from the Nigerian Army.

It was learnt that the panic may have been informed by the reported killing recently of some soldiers in the area by suspected members of the Indigenous People of Biafra (IPOB).

Scores of the locals were seen fleeing to neighbouring settlements in Etche Local Council and others within Ogoni axis amid the existing 24-hour curfew imposed by Governor Nyesom Wike.

Some of them, who spoke to The Guardian on phone, confirmed their escape from a possible military onslaught.

One of the residents, Nnamdi Iwor said: “Many people have fled from Obigbo because they heard unconfirmed reports that soldiers were planning to attack the people following the killing of their personnel.”

Another, Frank Emeh, stated: “Since the rumoured death of five soldiers in Obigbo started making the rounds, many residents have fled the community for fear of reprisal. To be on the safe side, I have sent my wife and children back to my village. I have to stay back, but taking precautionary measures in case of any eventuality.”

Efforts to reach the Public Relation Officer of 6 Division of the Nigerian Army, Major Charles Ekeocha to confirm the alleged deaths and recovery of stolen arms were futile, as he failed to respond to his phone calls.

The Commissioner of Police, Joseph Mukan, had at the weekend, officers to the scene and other flashpoints, including Mile 1 in Port Harcourt and Onne in Eleme Local Council.