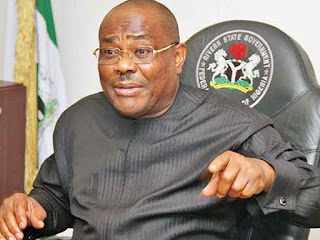 Barely two months after residents of Oyigbo, Rivers State suffered harassment, killings from military operations, the residents have again, raised alarm over planned illegal demolition of their properties by indigenous youths of the community.

The Guardian gathered that Umueye Community youths in Oyigbo had sent a circular to property owners to vacate their buildings in preparation for demolition for a proposed road construction by the Niger Delta Development Commission (NDDC).

Some residents said the group claimed they have the state Governor, Nyesom Wike’s backing.

A resident at High Tension Area, Umueye, Policarp Jonna said: “I received a circular directing me to remove my house for a proposed road grading.

The person that brought the circular said Rivers State Government, in partnership with Niger Delta Development Commission (NDDC), have awarded contract for road construction and the community has NDDC’s mandate to remove structures along the proposed road.”

Jonna wondered why youths of a community could usurp government’s powers by threatening to demolish buildings under the guise of road construction.

Another resident, Chikwere Onoka called on Oyigbo Local Council Chairman and Rivers State Government to step in to avoid breakdown of law and order.

Enquiries from Rivers State Ministry of Urban Development and NDDC revealed that both agencies were not aware of the proposed road construction.

The Rivers State Commissioner for Urban Development, Ben Chioma said individuals have no right to demolish property under the guise of road construction.

Chioma said only government has the right to acquire property in public interest and before such property is acquired, the state government will appoint a registered valuer to work out compensation for those whose property may be affected.

Also, a source at NDDC said the Commission did not award any recent road contract in Oyigbo.

Biafra Is Older Than Nigeria, See The Reason