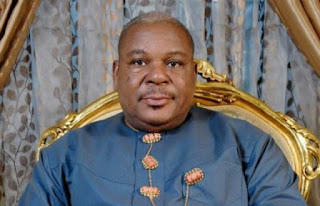 “I must state that I am not a fan of Nnamdi Kanu’s tactics, all the same I am always bewildered by the ferocity with which our Security Agencies attack his every move, most times youths of Igbo origin who are suspected to be loyal to him are either maimed or even killed in the process without condemnation from the rest of our society.”

“What is trending now is that the military has deployed gun trucks and aircraft to ferret out the bases of his newly formed Eastern Nigeria Security outfit. So far, I am not aware that it has been proved that Nnamdi Kanu is leading an armed group. Meanwhile, Miyeti Allah, a supposedly cultural group, that threatens mayhem and claims responsibility for some killings across Nigeria is not similarly treated.”

“The same goes for other non-state security outfits. I must say that it’s this unequal treatment that feeds the conspiracy theory that the Igbo nation is marked for extermination. I urge the government of the day to rethink this obvious case of discrimination. To treat equals unequally is a recipe for instability and lawlessness with dire consequences for peace and unity.

I will plead with the military, now that they’re at it, to use the forces they have deployed in Igboland to discover the forest bases of the herdsmen who camp in our surrounding bushes only to emerge at will to kidnap, kill and rob our people.”