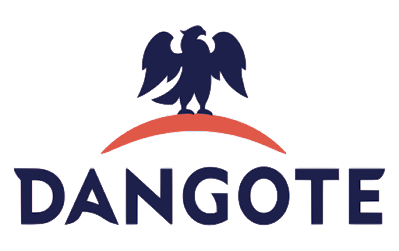 Traders’ Union cries over monopoly as Fg opens border to only Dangote, BUA

Experts have decried the recent opening of the borders to only Dangote and BUA companies saying that it is a lopsided and ‘selective decision’ that could engender monopoly.

Speaking at a Stakeholders’ review of policy dialogue on border closure organised by the Nigeria Competitiveness Project in partnership with the National Association of Nigerian Traders, in Abuja on Thursday, the President, National Association of Nigerian Traders, Ken Ukaoha noted that the development contradicts the principles and provisions of the recently enacted Federal Competition and Consumer Protection Commission Act signed by Mr President.

“The decision contradicts the principles of ease of doing business which the present administration has been vigorously pursuing as a commendable strategy for trade facilitation.”

Ukaoha, speaking further said that there is need for the government to immediately re-open the land borders to all genuine businesses, deploy security intelligence sharing, surveillance tactics and trade facilitation lessons learnt during the closure for effective policing and regulation of the border corridors.

He said this would help to encourage trade facilitation, and unhindered movement of genuine goods to enhance food security and livelihoods.

He explained that the continued closure of the border may increase the devastating food and revenue shortage caused by Covid-19 and the effect of insecurity, flooding and other climate change related challenges on the nation’s food security agenda.

“Government should speedily reopen to all ETLS approved products such as handicrafts, agricultural commodities and livestock products, but consider excluding rice and other related agro-products under prohibition so as to further enhance local productivity and market access that could facilitate and fast track the reawakening of the economy from the current comatose situation.

“Recall that the original intention of the border closure was to serve essentially as a warning shot for smugglers and other criminals using the land border to perpetrate economic sabotage and insecurity on Nigeria’s socio-political and economic environment, and that the relevant Security Agencies should have by now been able to identify, gather and document enough lessons and drawn strategies to effectively control the borders for the good of the economy and Nigerians as a whole.”

In his remark, the Lead Consultant on Private Sector Development to the ECOWAS Commission, Ken Ife, said that there is need for the Nigeria government to appreciate the symbiotic relationship that exists among nigeria and its neighboring countries.

He said that the border closure has not presented a sustainable solution to the issues of insecurity, food security and smuggling, which were the major drivers of the protectionist policy.

He added, “At this time we need to develop trade solutions that would enhance our trade policy with these countries. We need to understand the dynamics of border trade as well as the symbiotic relationship in our trade.

“We grow food to complement each other, hence we must open up these borders in order to allow easy movement of these food apart from processed foods.

“Re-opening the borders to allow free flow of food is another way we can arrest the continuous rise in inflation, while ensuring that import regulations are respected.

“We need this trade to grow the Nigerian economy and boost competitiveness.”

The Director of Trade, Ministry of Trade and Investment, Aliu Abubakar said efforts are ongoing to re-open the borders, as failure to do so could adversely affect Nigeria’s participation in the Africa Continental Free Trade Agreement.