Nigerian singer, Davido has dished out a Savage response to a fan who trolled him after he prayed to buy car for his daughters.

Davido had earlier expressed his desire to buy cars for his daughters after Nigerian billionaire, Femi Otedola bought three Ferraris for his own daughters. 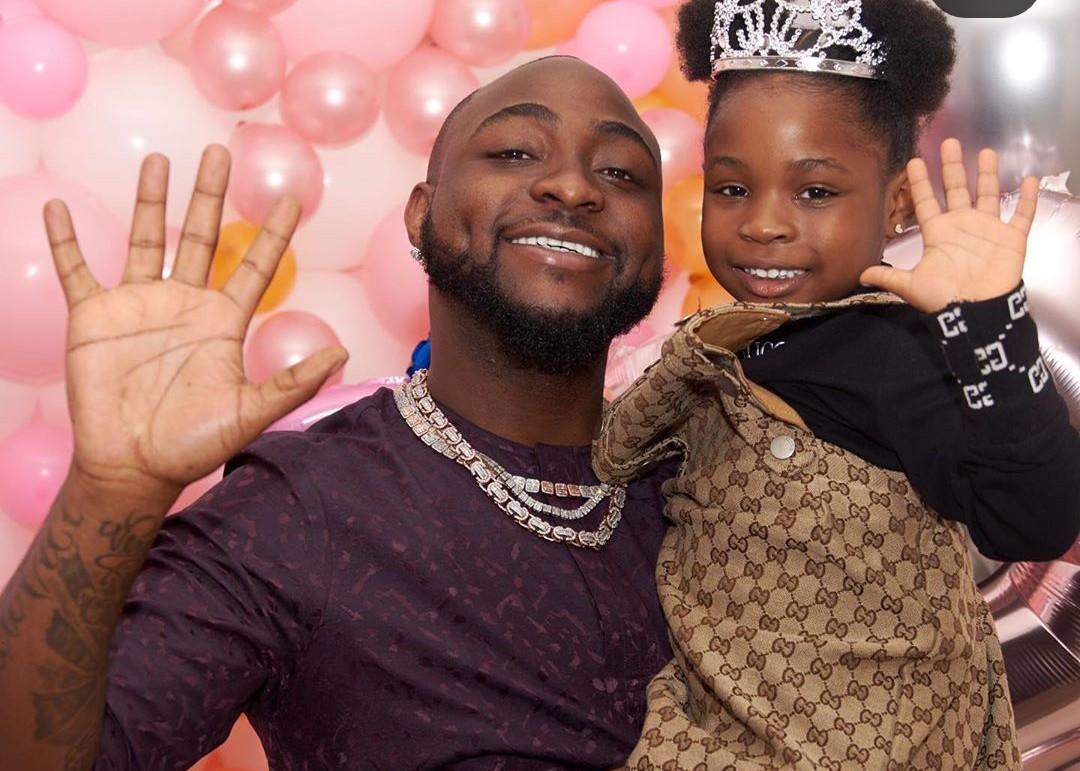 Reacting to the post, a fan trolled Davido for snubbing Ifeanyi and promising to buy cars for only his two daughters, Imade and Hailey.

Davido, in his response, tagged the fan a donkey for opening his mouth to say something irrelevant. 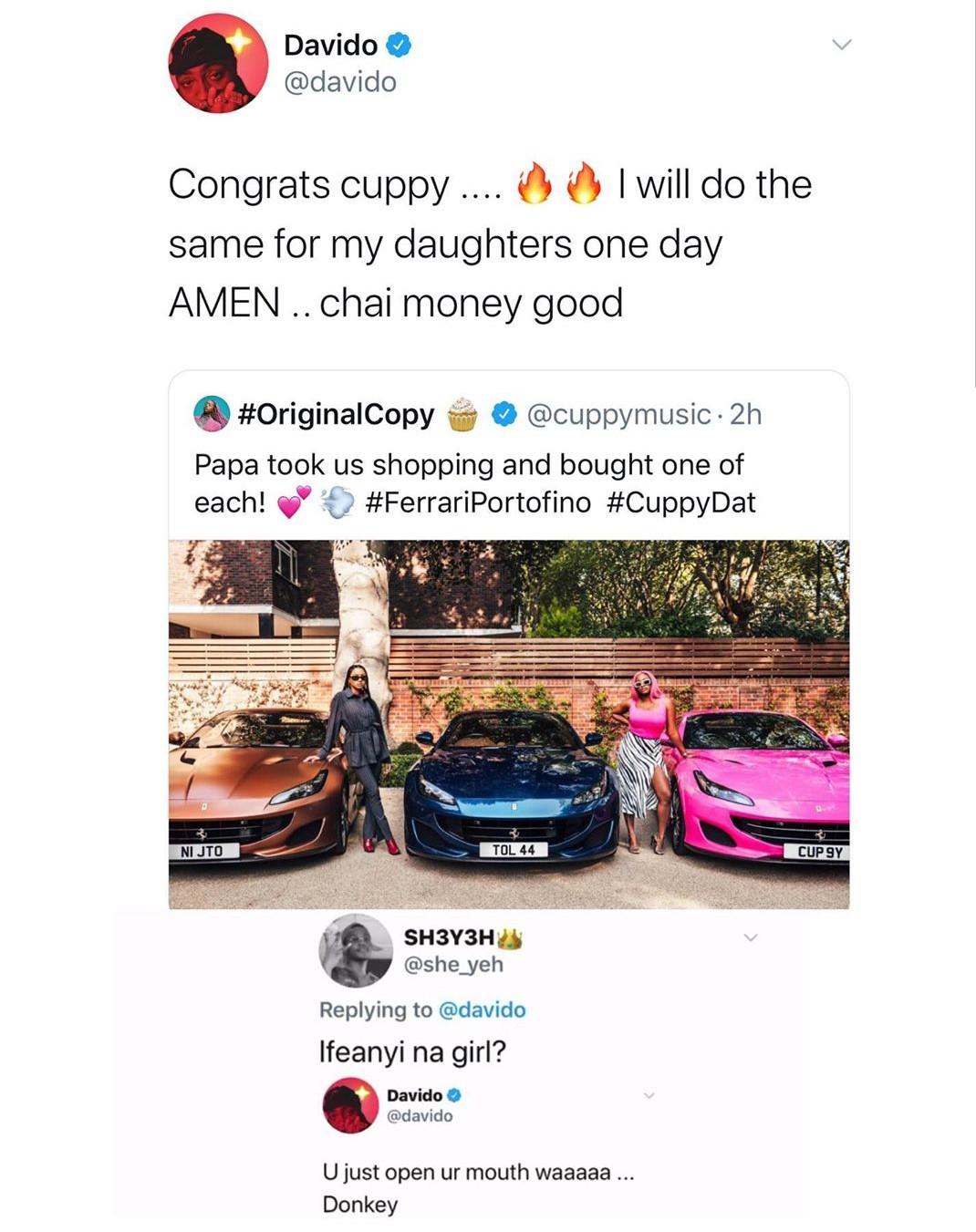 Your breasts won’t be firm forever, don’t deprive your children of breast milk